Montréal, 2014 – The Pomerleau company has to replace the super beam on the Champlain Bridge structure, which it had urgently installed in November 2013 to counter a large crack.

To do so, dozens of Ocean Marine Works barges and several workboats are needed to transport and support the new 50-ton modular steel truss, which will replace the beam until the bridge is decommissioned in 2018.

Fifty people work around the clock on this project for several days in order to avoid disrupting traffic in the metropolitan region. 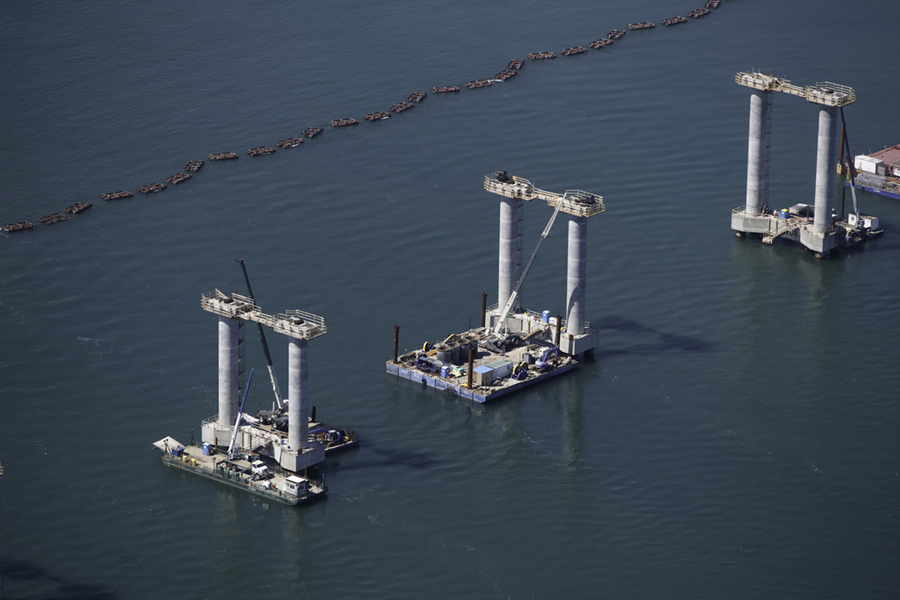