Construction of a cable ferry for the New Brunswick government

Bas-Caraquet, 2018 – The New Brunswick Department of Transportation and Infrastructure awarded a contract to the Ocean New Brunswick (ONB) shipyard to build a cable ferry.

This $6.5 million shipbuilding contract is a first for this shipyard, which was relaunched in 2016. Over 80 employees contributed to this important project, which was delivered in November 2018. Production engineering was performed by Ocean Group’s engineering department in close collaboration with the designer. Production teams from ONB and the Ocean Industries shipyard on Isle-aux-Coudres have also joined forces to achieve this project. Only ten months were necessary to complete the ferry.

Measuring 27.5 m long and 14 m wide, the workshop door had to be widened to take the ferry out. The latter has the capacity to accommodate 15 vehicles and 99 passengers and now is into service in Belleisle Bay, to replace the preceding small ferry.

Construction of a cable ferry for the New Brunswick government Images 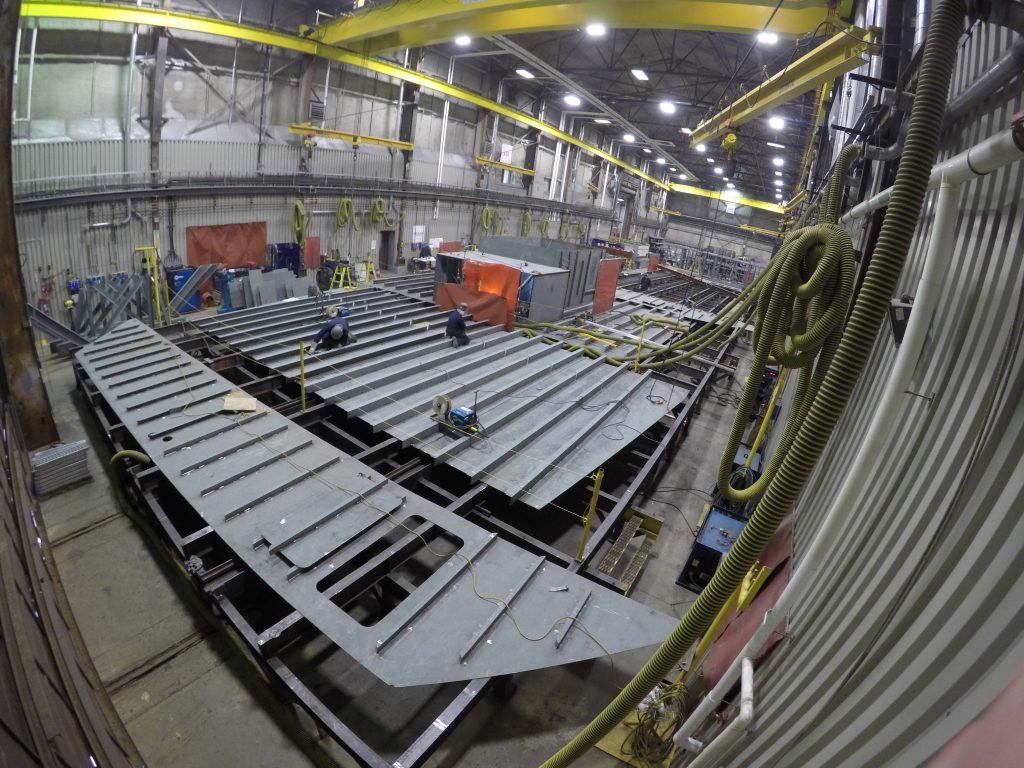 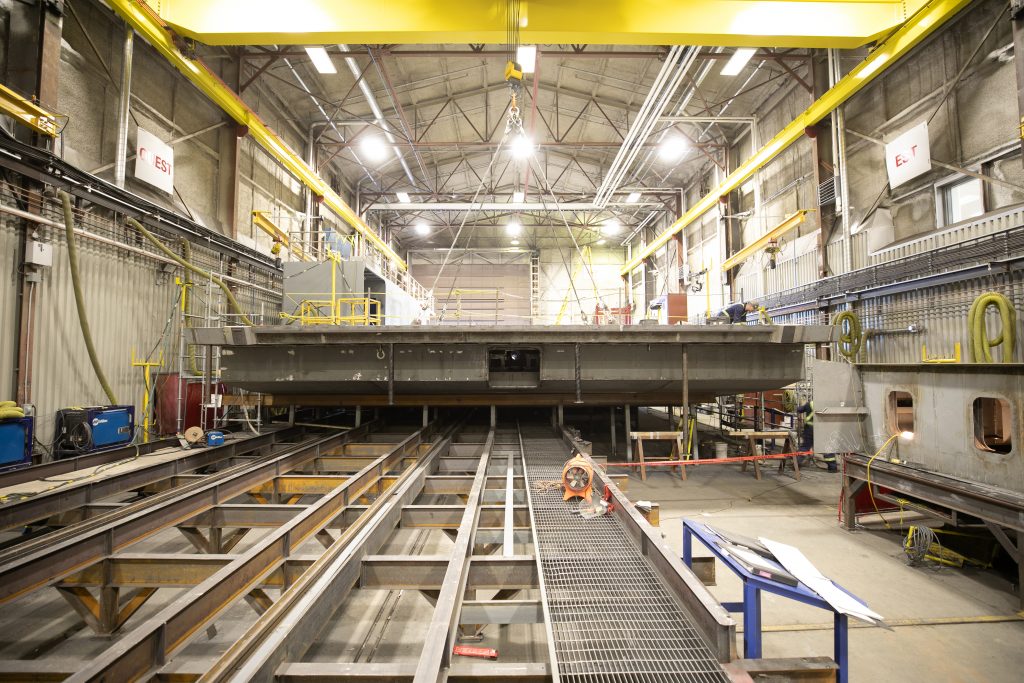 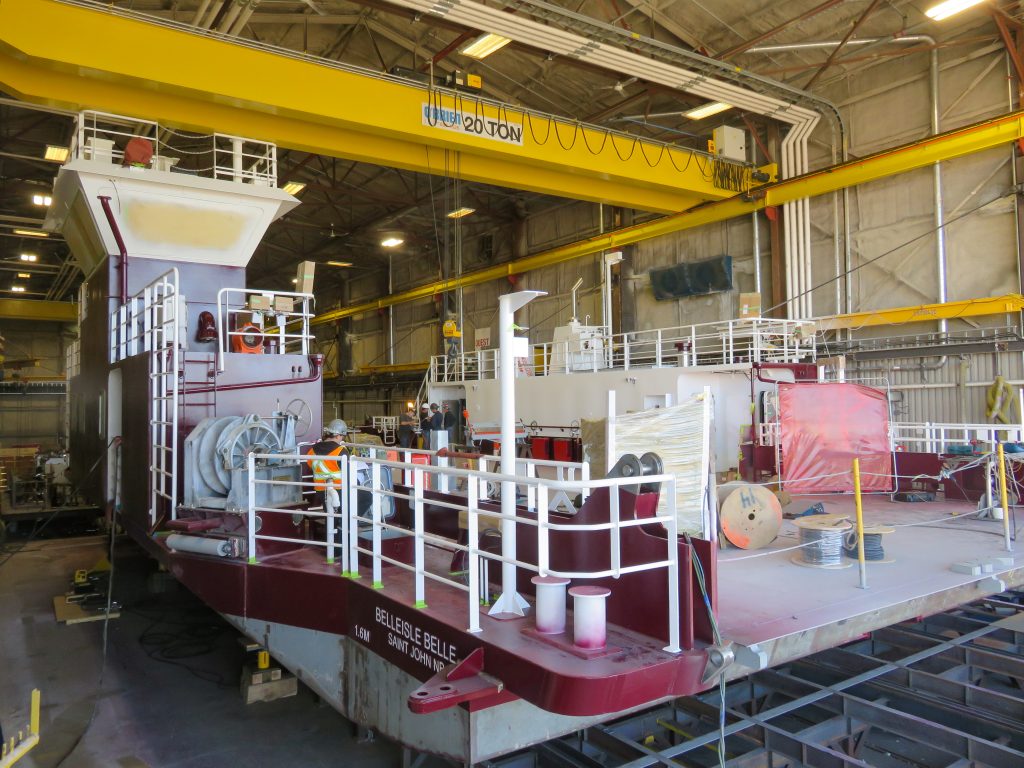 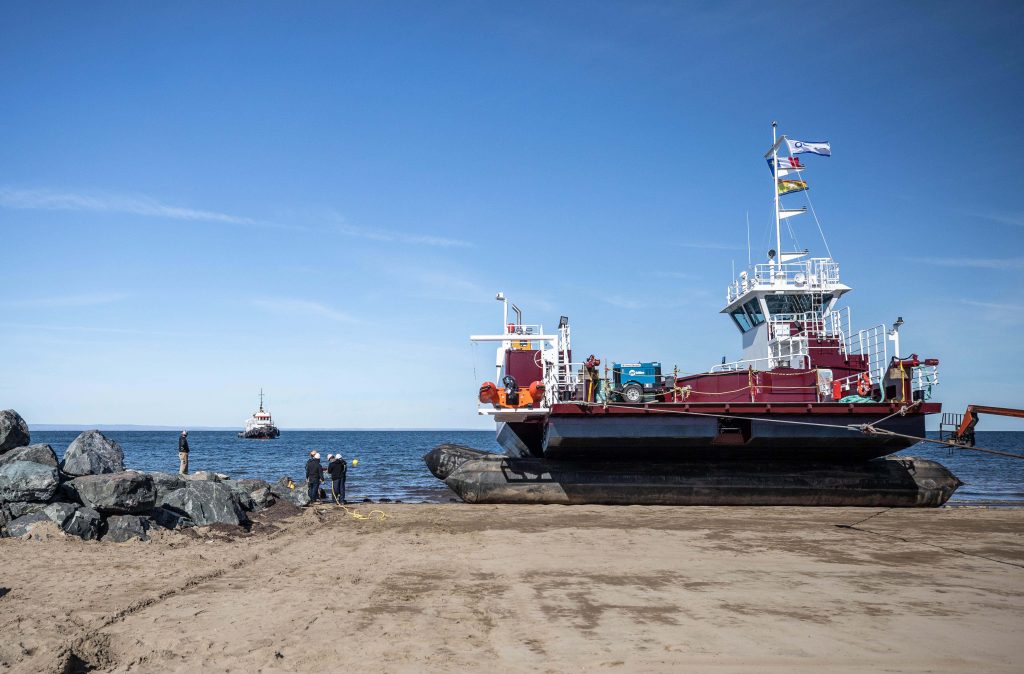