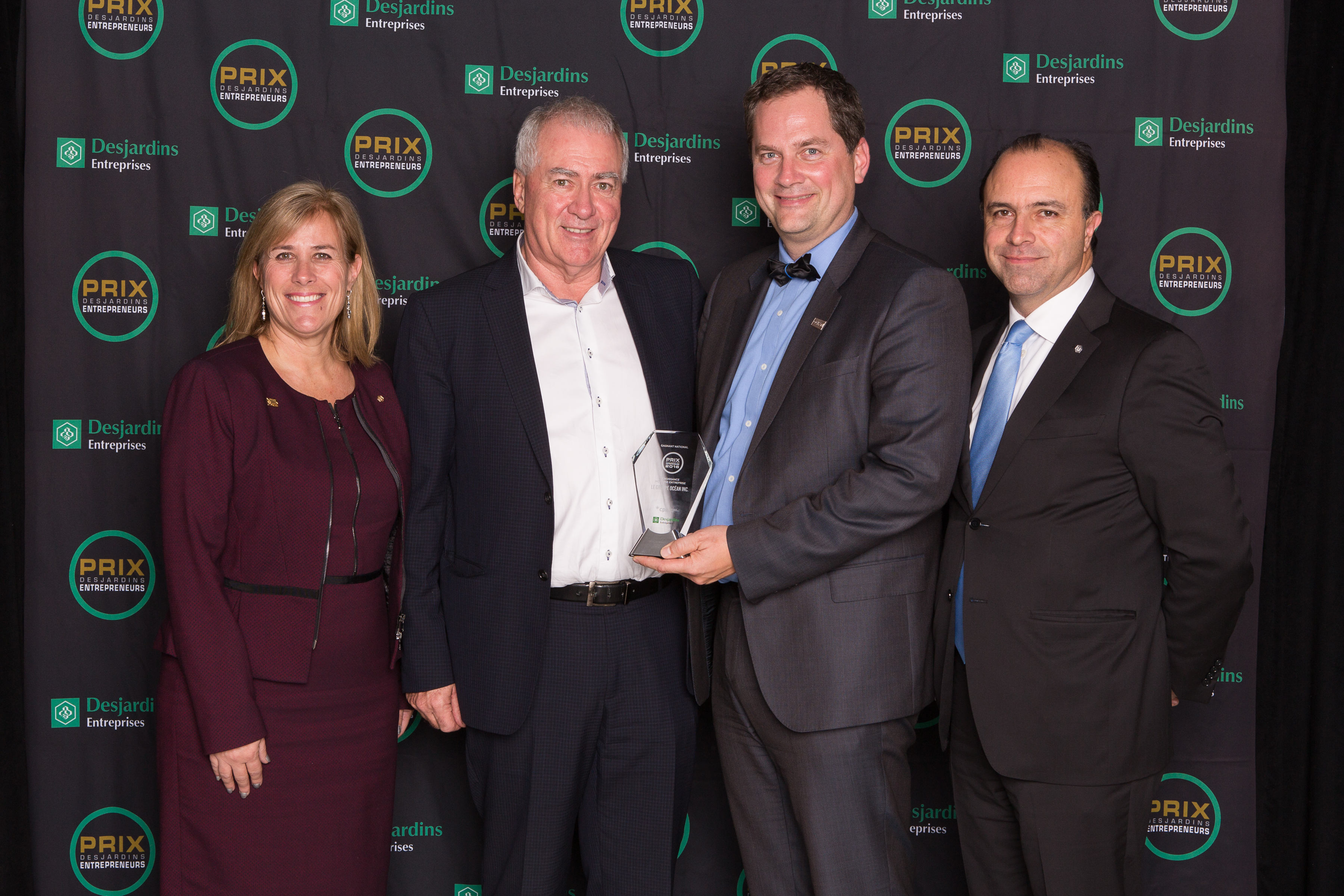 Ocean wins the Prix Desjardins Entrepreneurs 2016 in the Growth category

Quebec, November 17, 2016 – Ocean is proclaimed national winner of the Prix Desjardins Entrepreneurs  in the growth category. The distinction was awarded during a gala held at the Musée National des Beaux-arts de Québec.

The companies Conceptromec Export inc. and Groupe Lou-Tec inc. were also in nomination in this category. In total, 39 companies were honored.

To access the national recognition, Ocean was chosen regional winner for the Eastern Quebec last August.

For more information, watch the video capsule realized by the Desjardins team for Ocean’s appointment.