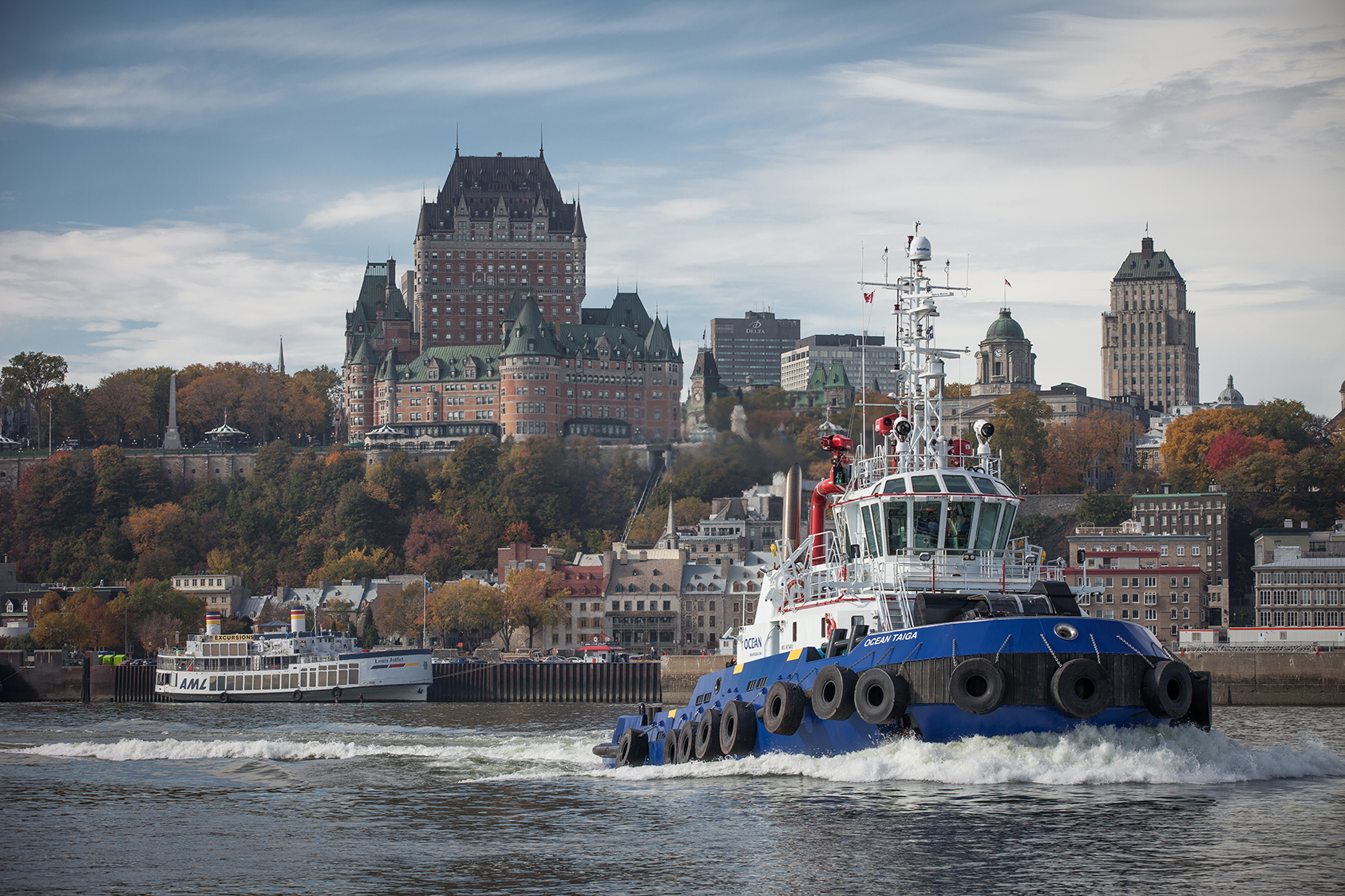 Blessing of the OCEAN TAIGA

QUÉBEC, October 28, 2016 — Ocean proceeds the blessing of its newest tug, the OCEAN TAIGA, the second ship of the TundRA series. This series, built at the Ocean Industries shipyard located on Isle-aux-Coudres, further demonstrates Ocean’s willingness to adapt to the future needs of its customers. The traditional blessing ceremony was held in the presence of the Archbishop of Québec and Primate of Canada, Cardinal Gérald Cyprien Lacroix, Mr. Gordon Bain and Mr. Jacques Tanguay, respectively President and CEO of Ocean and Ms. Carmen Lacasse-Tanguay, the ship’s godmother.

This 36-meter tug is equipped with the latest technologies and can operate in the most extreme conditions. The hull of the tug TAÏGA is reinforced and certified 1A Super FS for navigation in ice. In addition, its engines develop a power of 8,160 BHP, propelled by two Z-drive omnidirectional propellers and have a total bollard pull of more than 100 TM.

“We are very proud of the ingenuity and expertise that our teams have developed at the shipyard located on Isle-aux-Coudres and in our workshops in Québec. Today’s event helps celebrate this expertise, while emphasizing the quality jobs associated with it”, said Jacques Tanguay.

The new tug, highly performant, efficient and versatile, will perform docking and departure operations of ships and will be involved in escort, towing services over short and long distances as well as for rescue operations and recovery of shipwrecks.

“Ocean has built its reputation on its ability to exceed the expectations of its customers and anticipate their needs. The sustained growth we are enjoying, coupled with the quality of our products, accelerates our global ambitions. By maintaining this Quebec base that defines us, we are optimistic that a tug such as the OCEAN TAIGA can work around the globe”, added Gordon Bain. 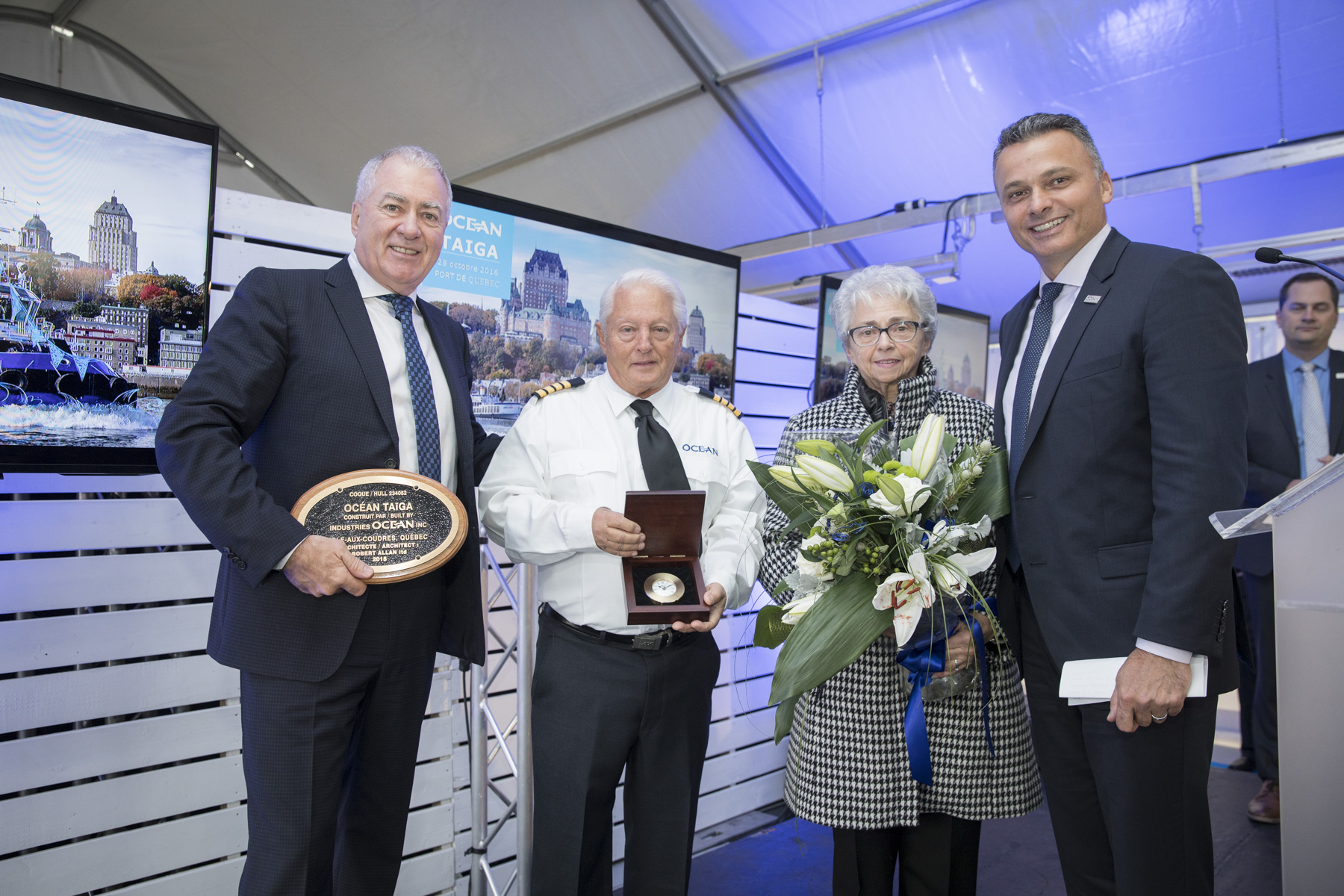 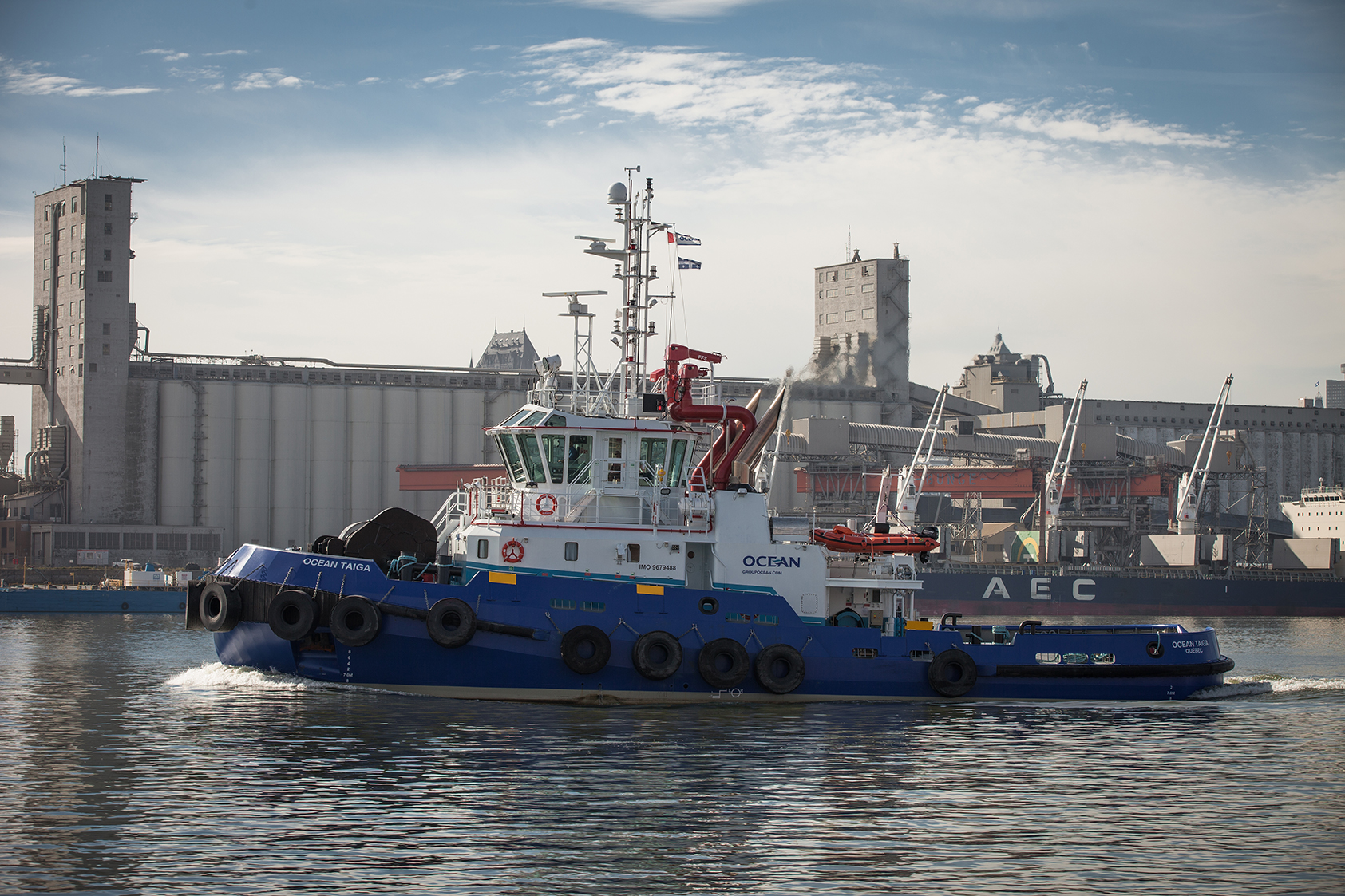 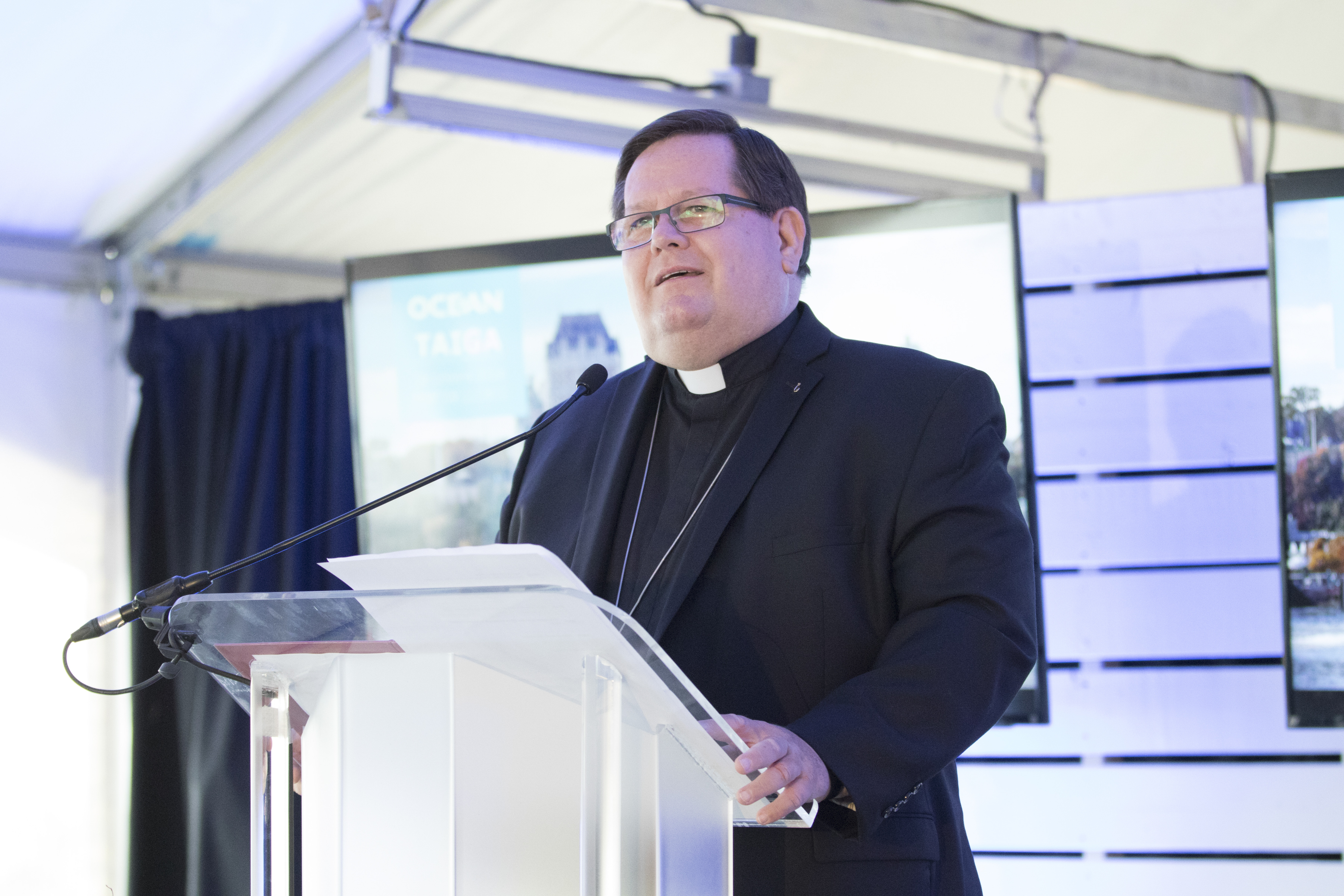