Commissioning of the most powerful harbour tug in Eastern Canada

Innovating to serve you better

Québec, December 2013 – OCEAN TUNDRA, a 36-metre tug, features the latest technologies and is designed to operate in the most extreme conditions. It is equipped with a sophisticated firefighting system and its hull is reinforced for navigation in ice. Its powerful engines produce approximately 8,160 hp.

The tug will be used for vessel docking and undocking operations, as well as escort services, short- and long-distance towing, salvage and wreck recovery operations.

Built at Ocean Industries’ shipyard on Isle-aux-Coudres, OCEAN TUNDRA is the most powerful harbour tug ever built in Eastern Canada, with few equals in the world.

Commissioning of the most powerful harbour tug in Eastern Canada Images 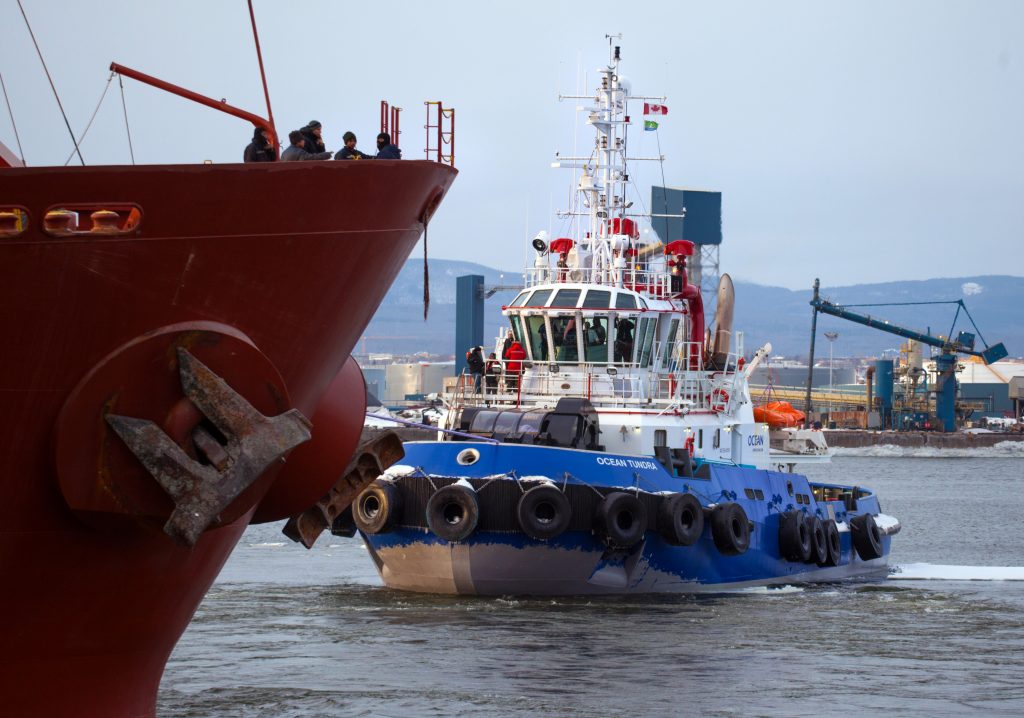