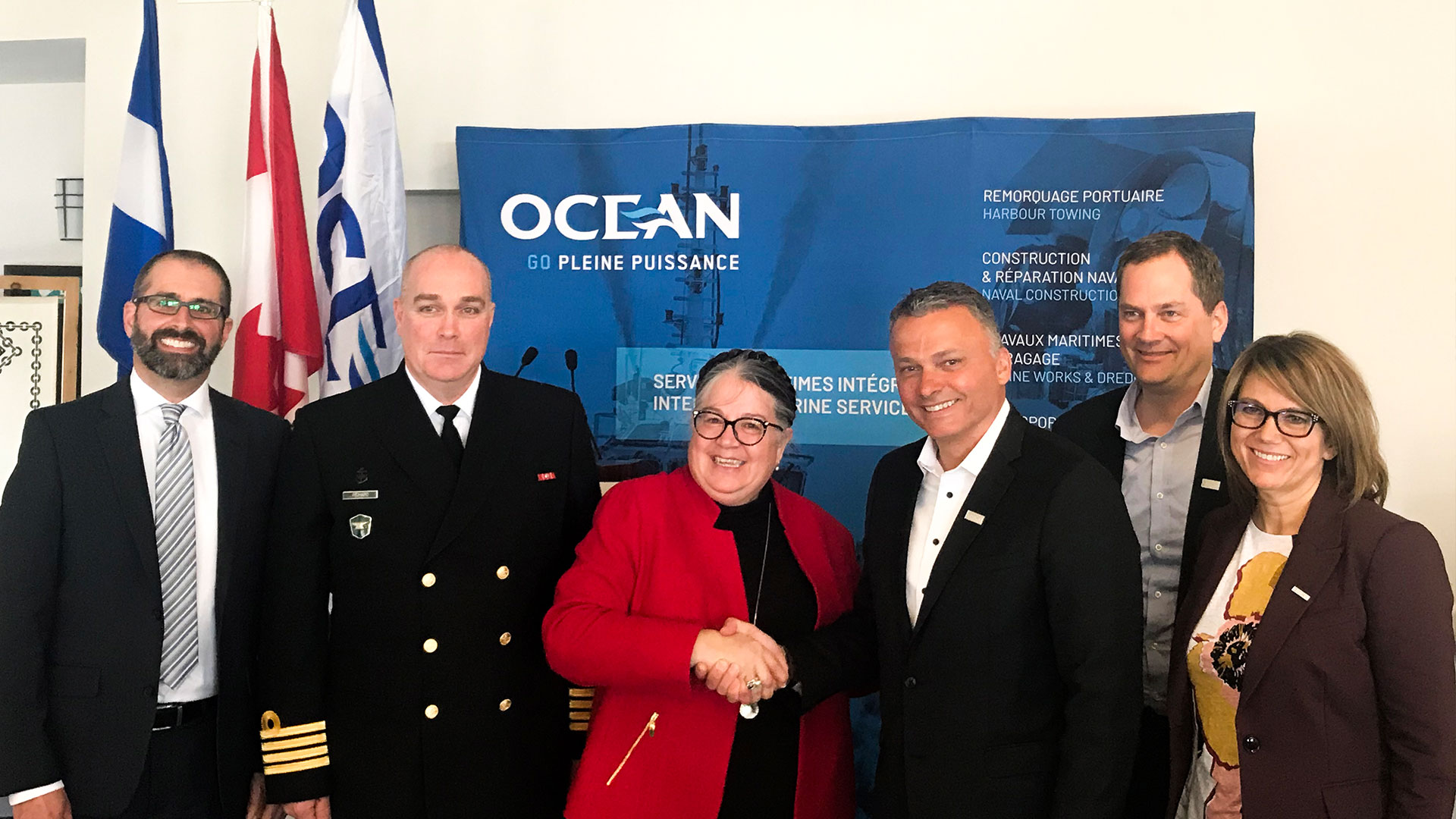 Québec, April 29, 2019: Ocean Industries Inc., a related corporation of Ocean Group Inc., obtains from the Government of Canada, the largest shipbuilding contract in its history with the construction of four large tugs for the National Defence.

It was through the Honourable Diane Lebouthillier, Minister of National Revenue and Member of Parliament for Gaspésie–Les Îles-de-la-Madeleine, that the announcement was made.

This project is part of the National Shipbuilding Strategy, which aims to equip the Royal Canadian Navy with the ships needed to serve Canadians, while creating  jobs.

Major contract to the amount of CAD 102 million (taxes included) was awarded to Ocean Industries Inc.

This announcement will have significant economic spin-offs for the Charlevoix region and the greater Quebec area. It is also a contract that will allow the creation of 25 to 30 additional jobs in various trades, in addition to securing the 110 current quality jobs. Approximately 40% of the capacity of the yard will be occupied by this contract.

The new tugs for Halifax, Nova Scotia and Esquimalt, British Columbia will provide towing, firefighting and other critical support services to both the Atlantic and Pacific Maritime Forces. They will replace the Royal Canadian Navy’s five large tugs and two rescue boats.

The work will be carried out at l’Isle-aux-Coudres shipyard over a period of 42 months and will mobilize 60 employees.

We invite you to follow the evolution of the construction of these tugs via our social networks: