Each year, the river bottom near the wharves in Saint-Joseph-de-la-Rive and Isle-aux-Grues must be reworked to ensure safe docking and undocking operations. This work even has to be done twice a year at the wharves of Isle-aux-Coudres and Rivière-du-Loup.

Using one of its five mechanical dredges equipped with buckets of varying capacities, over 80,000 m³ of sediment must be removed and deposited at previously designated overflow sites at sea. 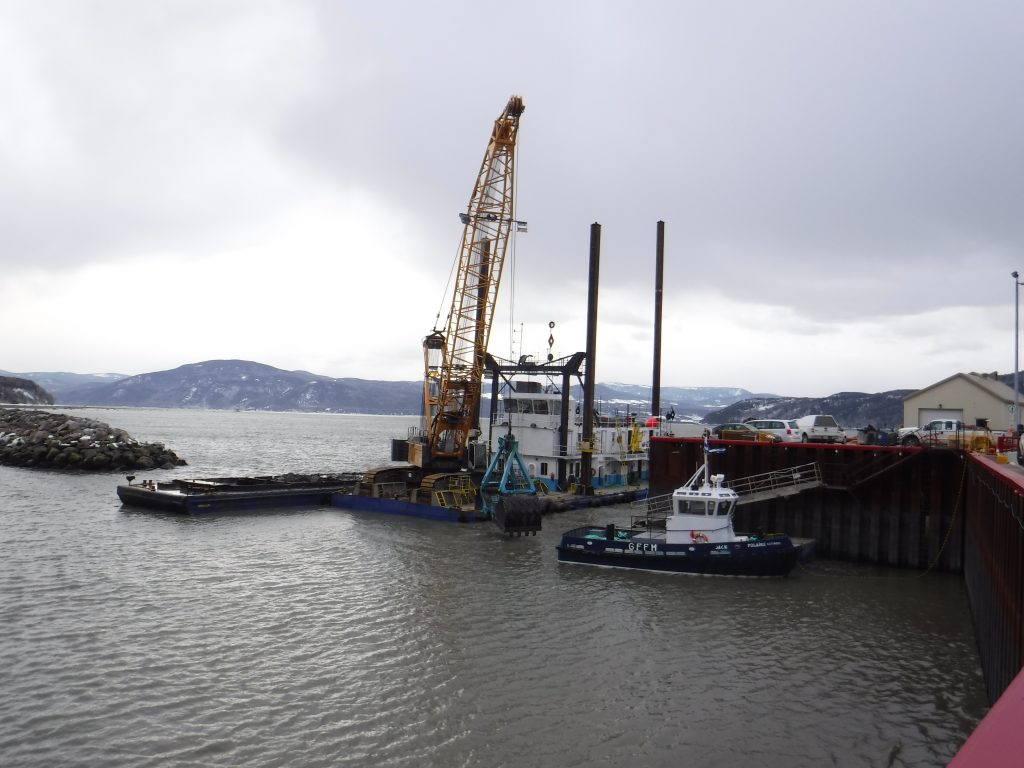